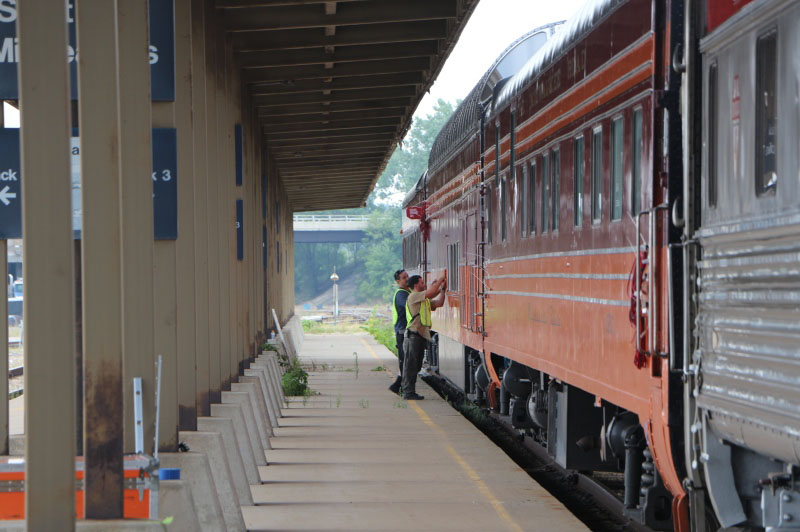 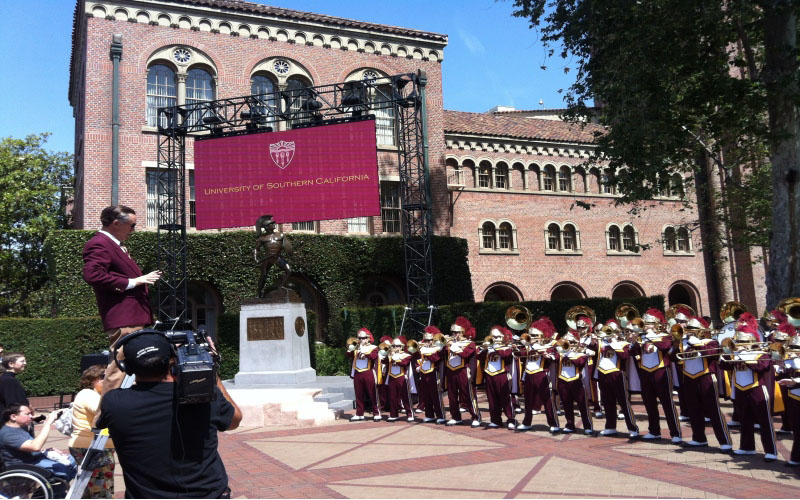 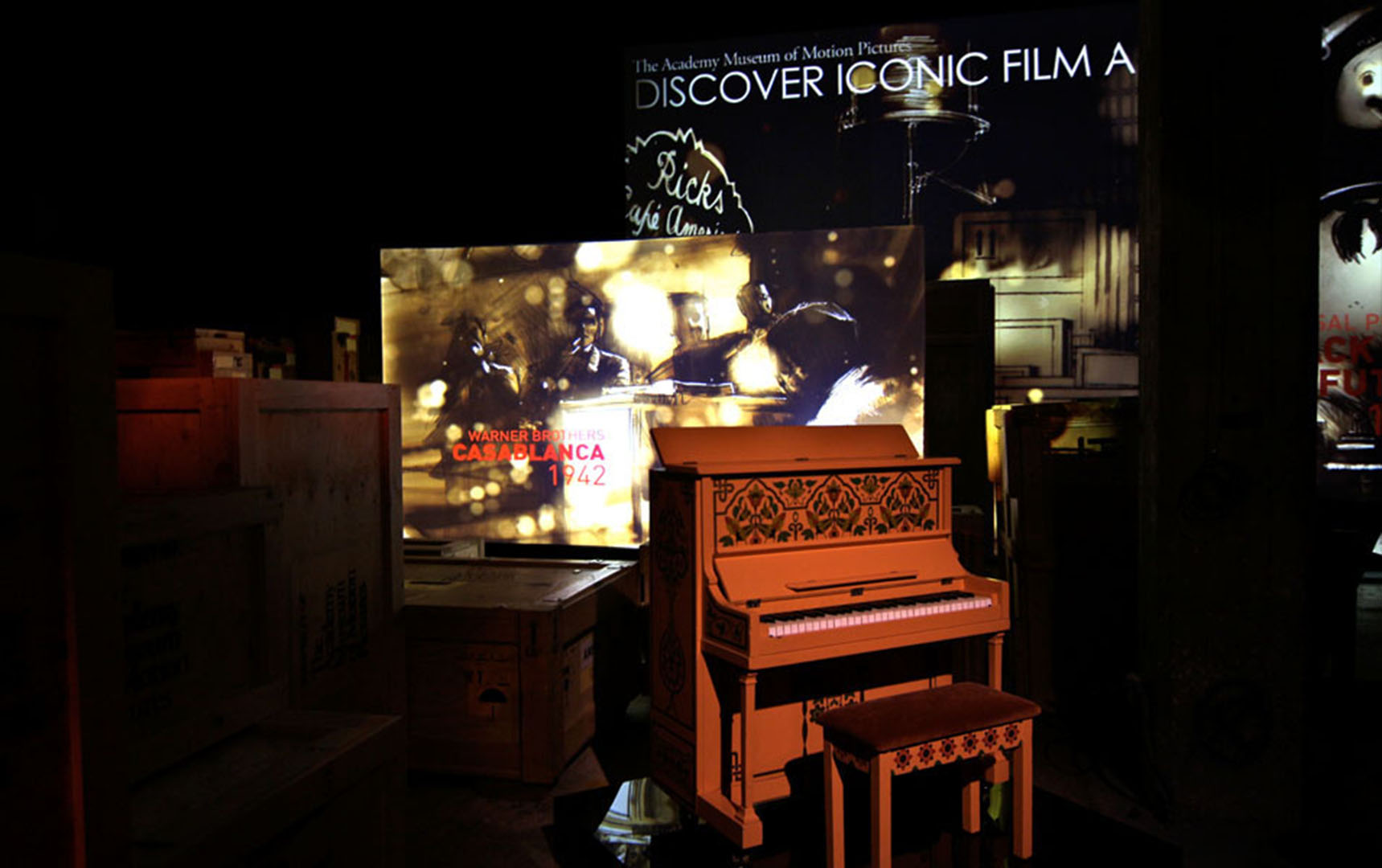 The "other" Adam Rosen and Meghan from USC included us in a great event on campus at USC. Here we built a sculpture of multiple-sized LCD displays, Versatubes and toned truss.  Some displays were landscape and some portrait. All playback was matrixed so the client could see any image on any display, with the push of a button. Great stuff. Can anyone guess who the mystery guy is at the lectern?

February is another month that needs more than one post -  so much going on.  And lest we ever forget, February means Grammys.  This year Person of the Year was Bruce Springsteen, with tribute perfomances by Sting, Elton, Neil Young, Patti Smith, Mumford, and on and on...  I think we dig that show more than the Grammys themselves.  Here's a nice shot of the stage from the after party that we've done now for 13 years.  Larry O-designed stage with Sharpies and Versatubes and projection.  SO 2013!