Just finished a 5 day high tech TV Dinner – Lots of different stuff mixed up in to one nutty week.   Not sure why, but sensory overload was the theme for the 4/20 week. We love these gigs - They define the classic concept of More-is-More. We supported a new TV series, a gaming competition, a gala for the west coast's premier classical conservatory and even a corporate industrial for a trucking company. Heck Yeah - ShowPro's Burnt Offerings. Massive respect to the staff and crew for powering through another long, hard run. Always. 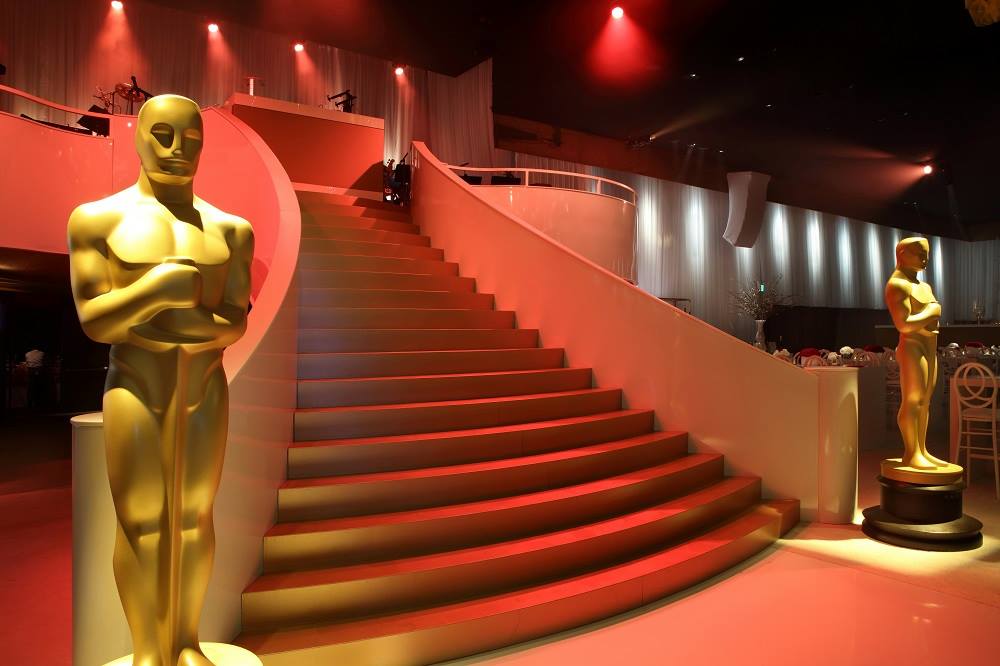 We just got through another successful awards show season in LA, and man are our arms tired. We never get bored with this stuff - we are so appreciative of our clients who come back to us year after year to help out with the big ones. This was a gorgeous room that Cheryl and Andrea and the rest of the Sequoia team put together, to celebrate Hollywood's most celebrated. Sequoia has been doing this event for 20 years or so, and every year looks completely original. Tough task indeed. We provided lighting with the lighting design by Matt Levesque as well as audio for an all star band. Fun! 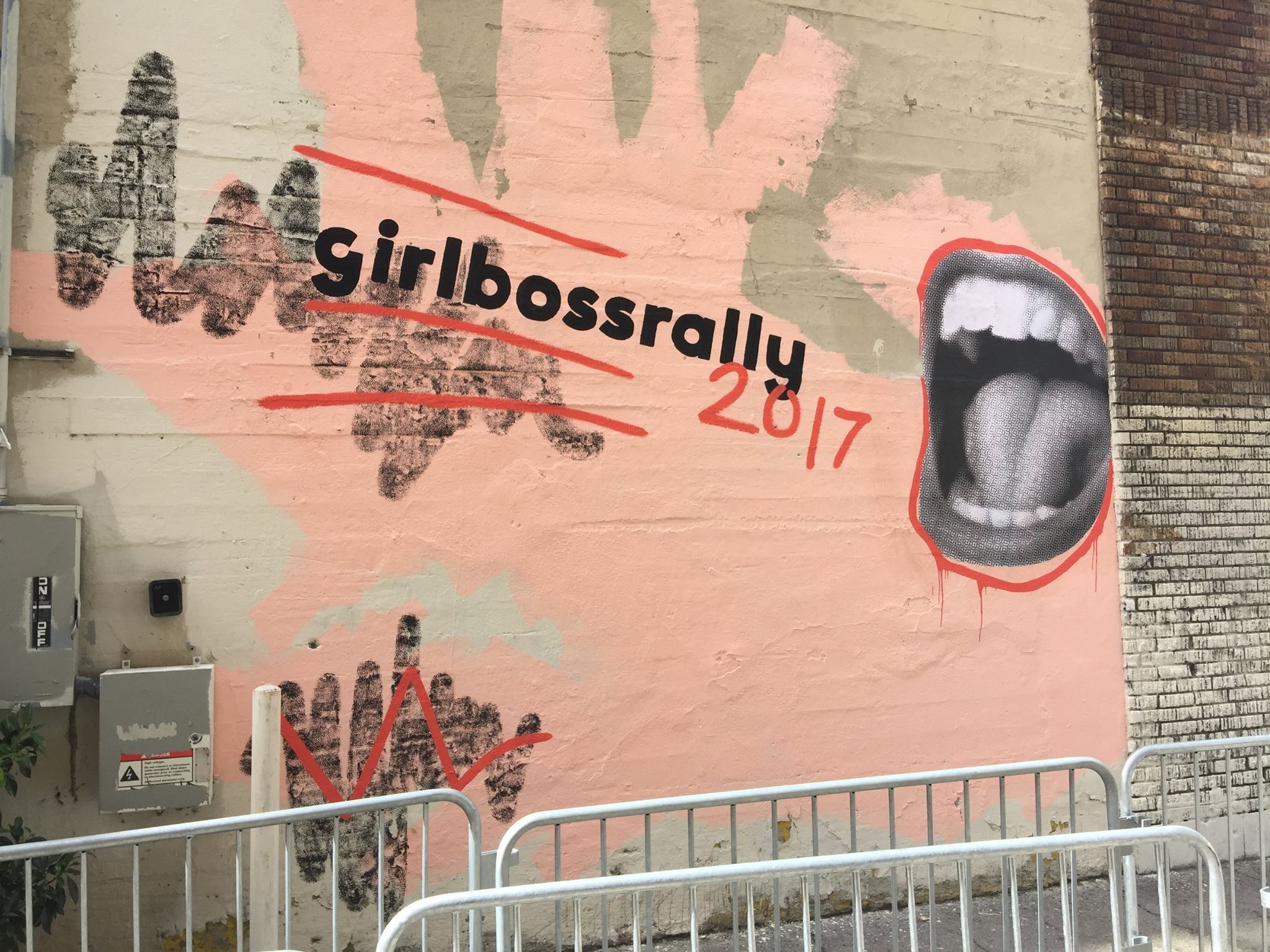 GIRLBOSSES RULE What a great gig - The Gathery from NYC included us in their 2017 #girlboss Rally in DTLA. #girlboss began as Sophia Amoruso's autobiography and is now an epic, unique culture. The book inspired a website which attracted legions which greenlit a new show on Netflix. The girlboss rally was a curated gathering of 500 women (and some men) to engage with over 50 presenters, and each other, to talk about everything there is to talk about. The vibe was amazing - Just thrilling, honestly - so exciting to see so many forward-thinking, positive people in an age of sideways thinking noise. Positivity RULES #girlboss RULES!


The Adidas/Kamp Grizzly collaboration moves in to the new year... Kamp continues to challenge us to do new stuff. Here's a good one - This is a clear LCD display that guests stand behind, then graphics roll up on the screen, then we shoot the performance and immediately send the guests a gif to their phones to drop on their Instagram pages. Huge props to Vartan and Hayk and Matt at VT for the sweet programming and fun hang in NYC with sunny, 50 degree weather! Got out of Terminal 4 at JFK mere hours before the beginning of the end of the world.

We're in a New York state of mind this week. Our Rad friends at Kamp Grizzly invited us out to the city to support them on two Adidas activations. The first one was a project in DUMBO (Brooklyn for those of us who had to look up dumbo) - Kamp built a giant set wall under the Manhattan Bridge and we did an interactive projection piece on that. And today we're at a high school in The Bronx where we installed an interactive LED floor for kids to compete upon. Respect to the ardent and committed ShowPro crew who travelled on Thanksgiving Day to rock this one.

I liked this one last night - Mostly because it reminds me that our world will never crumble when each New Year brings a new awards show. This one celebrates excellence in Chinese-American co-production of film and television. It's all about investment and sharing talent and not putting massive tariffs on non-Americans that we are scared of. Sounds good to me. Love our faves Sequoia for including us in so many interesting projects. And yes, I'll admit it, I just got turned on to this 90s song from American Football that I was dying to include somewhere. Expect to hear it again and maybe this month because we have a ton of amazing gigs in November. Massive gratitude for everything...

New Media by The Bay Bridge 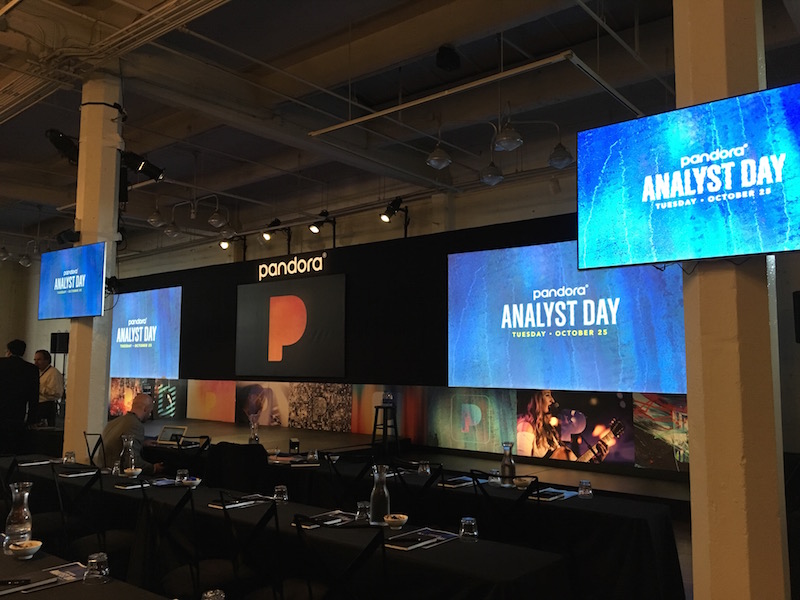 We had a fun one in San Fransisco with Pandora this week. Alison and Nicole invited us up to support an Analysts meeting in a beautiful but production-challenged room. Chris G. and the team managed to get a pretty big look out of a low ceiling venue with pillars that potentially blocked sight lines. Sometimes I'm as excited about a gig that overcomes technical challenges as I am by the ones that are fun-house spectacles. Sometimes. Great for us to support emerging integrated marketing analysis and new tech companies that are all about music. Who wouldn't agree with that? Favorite Pandora station right now - Kings of Leon. KOL is OK, but the bands that support the station are perfect.

So happy to be hanging with our friends from Bounce/AEG again - They produced the gig-to-be-at to celebrate a new Chanel No. 5 fragrance - Old Hollywood came out to pass the torch to the sons and daugthers of pop stars and assorted illuminati. We hinted at what was happening inside the Sunset Tower hotel with provactive projections of the classic bottle on the facades. Not an easy projection shot, but the boys sorted it all. It was fun hearing a teen party person walk by, staring at the projections, saying "that is SO cool!".

This was just a really clean installation in a funky downtown warehouse for a crazy-fancy car company. We were invited by Shamin Abas whom we met on our last-ever gig with our dear friend Craig Donahue. RIP Craig. Shamin was tasked with introducing the new Ferrari GTC4 Lusso to the LA market, so she brought us in to make it shine. This is a two seat supercar coupe that only costs $300K. Nice way to dip your toe in with Ferrari. We did the gig at 440 Seaton which is one of many up-and-coming beat up, old warehouses in the arts district downtown that are becoming the places to be. I heart gentrification, I have to admit. Nice reveal with live performance introducing the car with a bunch of low-lying fog and video and audio effects. If only they had an electric version...